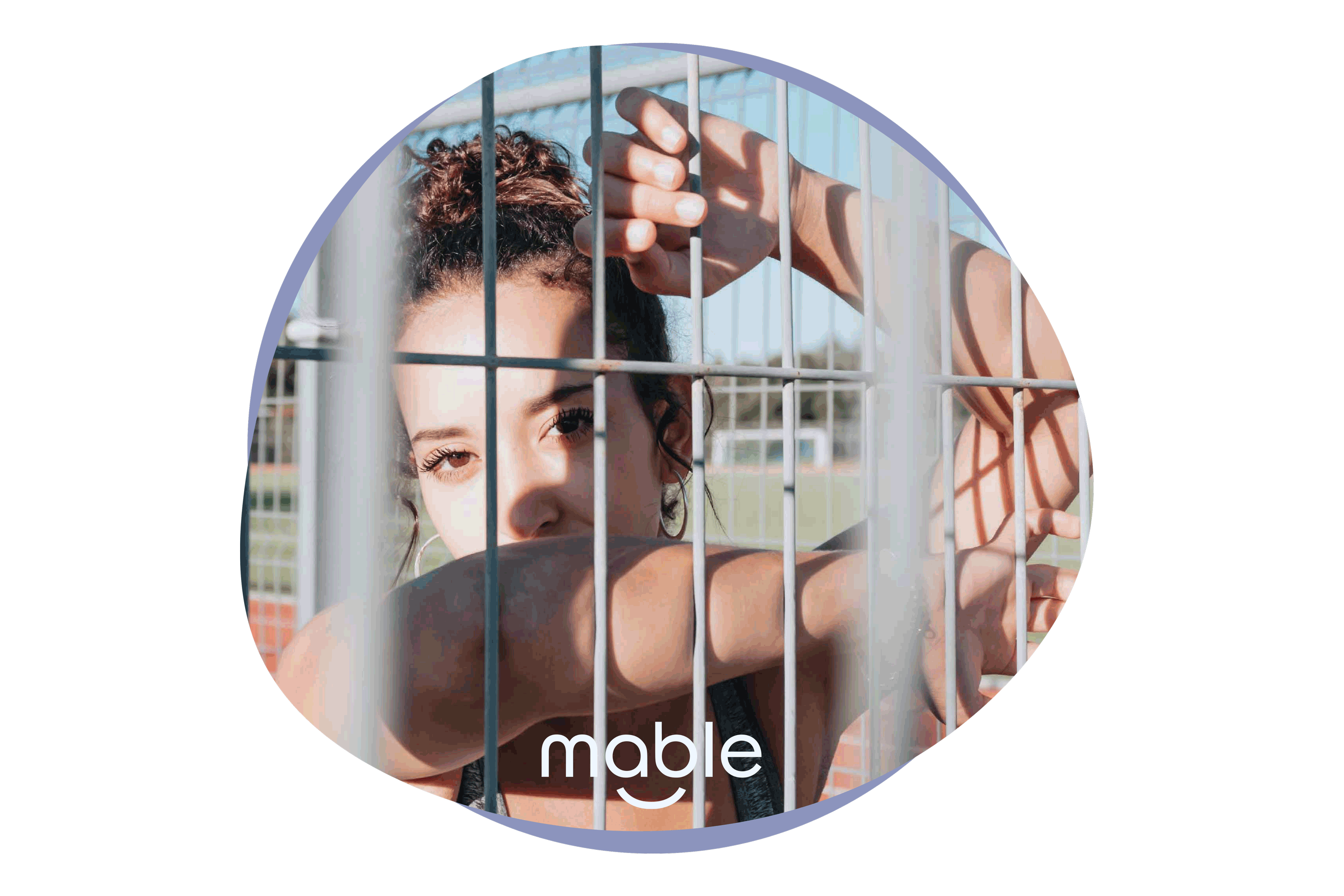 Although anyone can get a migraine, it’s far more likely to occur in a woman: in fact, about 3 out of 4 people who experience migraine are female, according to the Office of Women’s Health.

In a November 2020 study published in Frontiers in Neurology, over the course of a year, 18 percent of women experienced migraine, compared to 6 percent of men. That makes it one of the most common health conditions women experience. The cumulative incidence of migraine in women over their lifetime is 43 percent. Although migraine is more common in boys than in girls, once puberty begins, migraine is more common in women.

Why can women be so susceptible to migraine? While many factors influence who gets migraine, one of the most prevalent is hormones.

A migraine that occurs during, or a few days before, a woman’s period is known as a menstrual migraine or hormone headache. At least 60 percent of women with migraines observe that they get one around the time of their period, according to the Cleveland Clinic.

“The theory around menstrual migraine is called the estrogen drop theory,” says Carolyn Bernstein, MD, FAHS, a neurologist who specializes in headache medicine at Osher Center for Integrative Medicine at Harvard Medical School and Brigham and Women's Hospital in Boston. Dr. Bernstein is also on the Medical Board of the Mable team. Estrogen is a hormone that develops and maintains the reproductive system in females. It also is tied to chemicals in the brain that influence the sensation of pain. Although it's present in both men and women, estrogen levels are much higher in women — and they also tend to fluctuate, according to Northwestern Medicine.

The biggest fluctuations in estrogen occur in women before menstruation, during pregnancy, and after giving birth. If you take oral contraceptives, these can alter your hormone levels as well. And as women transition from their reproductive years, their hormone levels drop during perimenopause and menopause, too. Hormone replacement therapy during menopause can also lead to migraine, according to Bernstein.

During a women's menstrual cycle, there are several hormonal fluctuations. “There’s the release of a hormone in the brain called follicle stimulating hormone, or FSH,” says Bernstein. “When FSH gets released, that sends a signal to the ovary to release an egg in preparation for a woman being pregnant. At that point, the estrogen level begins to rise in order to prepare the uterus for implantation.” The egg is released at the time of ovulation, then a second hormone — lutein hormone — is released from the brain, triggering an increase in progesterone.

“Progesterone is probably not as important in triggering a menstrual migraine, but is still up there in terms of its potential effects on the brain,” says Bernstein. If there isn’t a fertilized egg, the estrogen level will crash down. “For a lot of women, that drop of estrogen — which is somewhat neuroprotective at its baseline — when it begins to fall at the end of the cycle, will trigger a migraine right there,” she adds.

According to a systematic review of data on headache and pregnancy published in The Journal of Headache and Pain, about 1/2 to 3/4 of females with migraine experience a significant improvement in migraine during pregnancy, including reduced frequency and intensity of migraine episodes. In the second and third trimesters, most women notice their migraines greatly improve or even go away, perhaps due to a reduction in reproductive hormone fluctuation.

However, after delivery, most women quickly revert to their pre-pregnancy migraine patterns. “I hear stories from some women, they start to get a migraine in the delivery room,” says Bernstein. “So stabilizing estrogen for women with hormonal migraines can make a really big difference.”

Many women will stop experiencing migraine after they go through menopause. But leading up to that, they will go through a significant drop in estrogen, which can lead to an increase in migraine during perimenopause.

Other Causes of Migraine

Of course, hormones are only one of the many triggers that can cause migraine. “For a long time, women’s greater propensity for migraine has been felt to be related to estrogen, but it sort of begs the question: are women's brains different than men's? Is there some kind of stamp or mark on the female brain – that's not on a male brain – that also predisposes them?,” says Bernstein.

While some people may wonder if women’s emotions play a role in their getting migraine, Bernstein says there’s no proof to this concept. “An idea that is incredibly sexist and needs to be dispelled is that women are more emotional and more susceptible to pain than men. There's no good data to support that at all.”

However, there may be other fundamental differences that affect women’s propensity toward migraine. “Women's brains may be different; it may be the effects of fluctuating estrogen and fluctuating hormone levels that men don't experience. We don't know,” Bernstein adds.

In a separate study published in The Journal of Headache and Pain, researchers found that female subjects with migraine had more severe impairment in processing visual stimuli than males with migraine. The study suggested that migraine may impact women's cognitive processing more than men's, and that gender differences do exist in migraine and warrant further research.

In addition, there are many migraine triggers that affect both women and men. These can include:

In addition, some people with migraine report that certain foods or beverages can trigger a migraine episode, such as chocolate, cheese, red wine, beer, cured meats, and caffeine. “For a long time, people thought that MSG [monosodium glutamate] was a trigger, and it turns out that anything that's really salty, if you don't drink enough water to balance it out, can trigger migraine,” says Bernstein.

Although evidence is limited on whether any of these foods are actual triggers, the best way to know if a food might be contributing to your migraine is to keep a food diary.

Your triggers will likely be highly personal to you. “I’ve found in my own practices, the best thing to do is to log everything that's going on for you, so that you can try to figure out what the associations are,” says Bernstein.

In general, symptoms of migraine are the same for men and women, though evidence suggests they may be more acute for women. These symptoms can include:

The 2020 Frontiers in Neurology study found that women were more likely than men to report migraine pain on one side of the head that was pounding, pulsating, or throbbing. In addition, symptoms of nausea; sensitivity to light, sound, and smell; and cutaneous ictal allodynia – pain perception from non-painful stimuli – were all reported more often by women than by men.

Treatments for Migraine in Women

Although most migraine treatments are designed for both sexes, there is one that can specifically be helpful in menstruating women: hormonal birth control. “If it's safe for them to use estrogen, women can take a hormonal birth control that has the same amount of estrogen and progesterone in it,” says Bernstein “They can take it continuously for months on end, without actually having that estrogen drop.”

If birth control isn’t enough to prevent your menstrual migraine, you can take other preventive headache medication a few days before your period starts, and continue taking it for up to two weeks after it starts. These medications include non-steroidal anti-inflammatory drugs (NSAIDs) available over-the-counter, or triptans by prescription, according to the Mayo Clinic.

If your periods aren't regular or you experience migraine throughout your menstrual cycle, your doctor may suggest you take daily preventive medications, which can include drug classes such as antidepressants, anticonvulsants, beta blockers, and calcium channel blockers, as well as magnesium. Women going through menopause may have particular challenges treating migraine since their hormone levels can fluctuate so much.

In addition, a newer class of drugs can help some people with migraine — calcitonin gene-related peptide (CGRP) antagonists. In 2018, anti-CGRP therapy became the first treatment approved by the Food and Drug Administration specifically to prevent both chronic and episodic migraine. The drug blocks CGRP, a protein that causes inflammation and pain in the nervous system when a person experiences a migraine. If it’s effective, a person has fewer headaches and less severe symptoms, as well as fewer medication side effects.

Finding the Right Migraine Treatment for You

Migraine is a complicated condition, with many potential triggers and treatment methods. The situation can be even more complex for women, who tend to experience more frequent migraine episodes and more acute symptoms than men.

But every woman is unique, so your triggers may be different from another woman’s. To better understand what’s contributing to your migraines and how to treat them, it can be a good idea to consult a specialist and investigate which migraine medications are more likely to work for you.

Mable’s DNA test can help determine the treatment approach most likely to help you, given your individual genetic makeup. Take our quiz to learn more and start the process.

At Mable, we are committed to providing every individual with clear, credible, evidence-based health and wellness information. To be your most trusted source of information, our content is medically reviewed to verify the clinical accuracy of our content, images, products, and services. Medical review is provided by members of our team. Our team brings an extensive experience from across the spectrum of medical specialties, as well as their perspective from years of clinical practice, research, and patient advocacy.
Written by
Erica Patino
Edited by
Jan Haig