What Is Nurtec®, the Migraine Medication Featuring Khloe Kardashian? 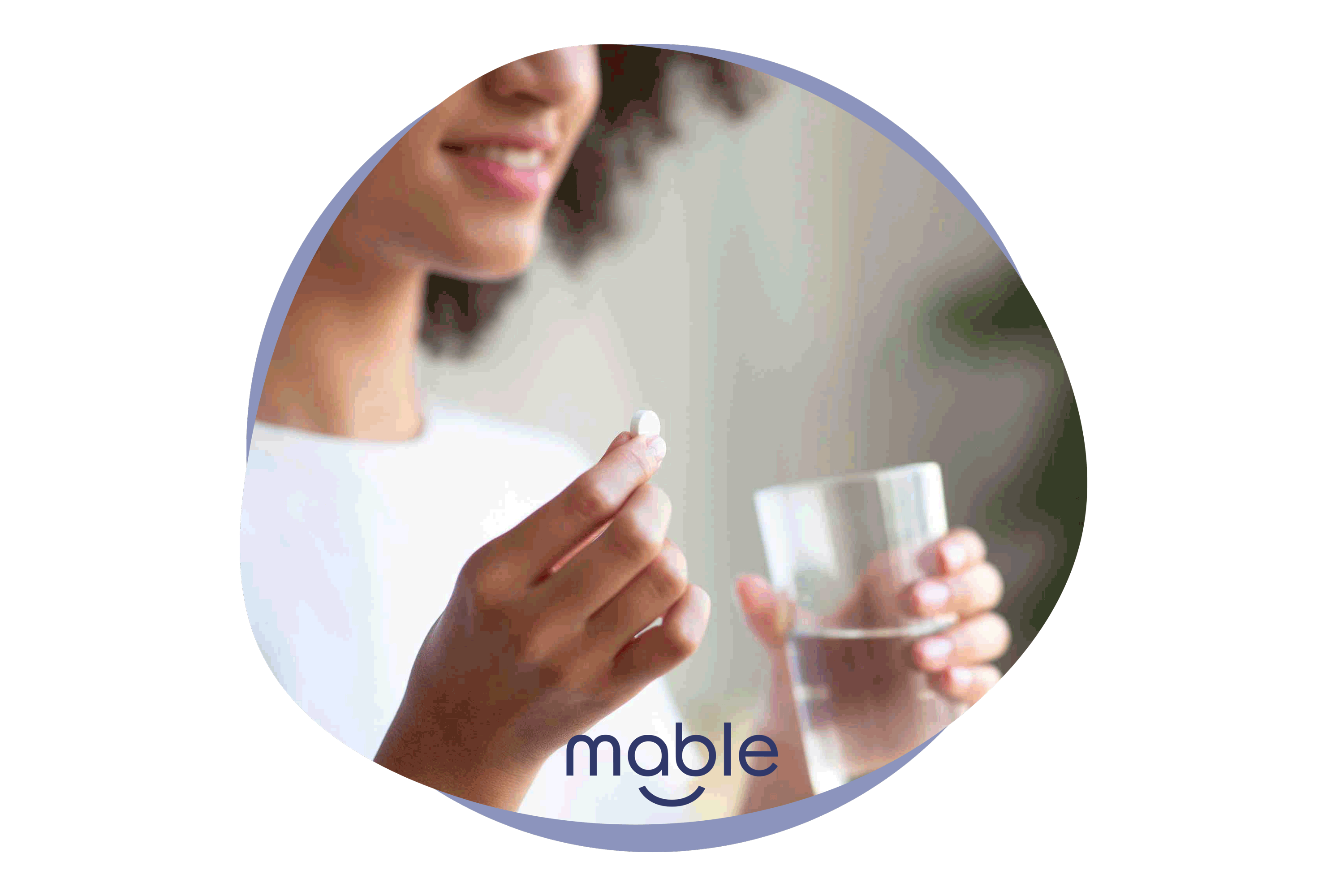 Lately, you may have noticed ads on YouTube or your internet feed for a migraine medication called Nurtec®, which feature reality TV personality Khloe Kardashian. In the ads, Kardashian munches popcorn while sitting on a couch and playing with her daughter, happily headache-free. "I've just heard something amazing – one medication is approved to treat and prevent migraines," she extolls. That medication, a voiceover explains, is Nurtec® (generic name: rimegepant).

How does Nurtec fit into the migraine treatment landscape? “Rimegepant is a prescription medication used for acute relief of headache symptoms during a migraine, meaning it works immediately,” says Thomas Lovejoy, MD, a Mable clinician who is based in Glasgow, UK. “It is also used as a preventative medication if taken regularly every two days.”

On the Nurtec website, Kardashian shares some of her experience with migraine, which she’s had since the sixth grade. “Before I had Nurtec ODT in my life, I'd stress out because I didn't have anything I could rely on to stop them. There were plenty of nights where I just wouldn't have that glass of wine with my girlfriends, or I'd avoid doing certain things because I wouldn't want to trigger a migraine,” the site quotes her as saying. She also states that before she found this medication, migraine made it harder for her to be the best mother to her daughter, exercise, and grow her business.

Kardashian expresses relief that the medication works quickly, and she therefore no longer has to worry about when a migraine will strike. "And Nurtec ODT can not only stop my migraines, it can prevent them before they even start. For the first time, I can turn to one medication for both migraine relief or prevention," she concludes.

At the bottom of the page, the manufacturer notes, “Individual results may vary.”

How Does Nurtec Work?

Many people with migraine have an activation of pain reflexes in the nerves that supply the meninges – the membranes that surround and protect the brain. The nerve most affected is called the trigeminal nerve, which responds by releasing inflammation-causing chemicals. The inflammation results from changes in the blood vessels in the brain, making them relax. This inflammation causes redness, heat, swelling, and pain. Even after the migraine trigger has passed, the trigeminal nerve continues to sense pain, increasing sensitivity and making chronic migraine more likely.

Nurtec is in a class of migraine drugs called calcitonin gene-related peptide (CGRP) receptor antagonists. “Rimegepant reduces or blocks the production of a chemical called CGRP that acts on the blood vessels to cause inflammation in the meninges,” says Dr. Lovejoy. “CGRP receptor antagonists work to stop the binding of CGRP, preventing inflammation.” With less inflammation in the arteries and in the brain, there is less redness, heat, and swelling, which can reduce the level of pain that you experience. This, in turn, helps to relieve migraine symptoms once an episode starts.

Rimegepant is not the medication acting as a CGRP receptor blocker. Other drugs in the class include Aimovig® (generic Erenumab), Ajovy® (generic Fremanezumab), Emgality® (generic Galcanezumab-gnlm), which are all self-injected once a month; and Vyepti® (Eptinezumab-jjmr), which is given by intravenous (IV) infusion every 3 months. In general, health insurance companies require that you try at least two other migraine medications before they will cover a CGRP antagonist like rimegepant, according to the American Migraine Foundation. That's because the cost can be significant – about $600 a month, without insurance.

How Is Nurtec Taken? Are There Side Effects?

Rimegepant is an oral medication available as a 75 milligram (mg) tablet. Since it starts working immediately, it's best to take it as soon as symptoms of migraine first appear. It can be taken at day or night and should not affect sleep. If you're taking rimegepant for more than 10 days a month, you may benefit from taking it instead as a preventative treatment, or being prescribed a different preventative treatment. This is because using acute (immediate relief) migraine medication too often can lead to Medication Overuse Headache. You should not take more than 1 pill (75 mg) in a 48-hour period, says Lovejoy. Common side effects can include nausea and skin rash.

There are certain medications that can interact with rimegepant, so be sure all of your doctors know if you're taking it, not just your headache specialist.

Rimegepant should not be used if you are trying to conceive, during pregnancy, or during breastfeeding. The medication must be stopped at least 6 months before you get pregnant due to an increased risk of slow fetal growth during pregnancy and birth defects in babies. It should also not be taken by people with a history of severe liver disease.

How Do I Know If Nurtec Would Help Me?

Migraine treatment is highly individualized, so there is no guarantee that rimegepant, or another medication, will be effective for you.

That’s why it’s important to know as much as you can regarding which migraine medications may work for you. Mable’s DNA test can help determine which treatments are most likely to help for your unique genetic makeup. Fill out the online migraine questionnaire to start the process.