The Many Types of Migraine Symptoms 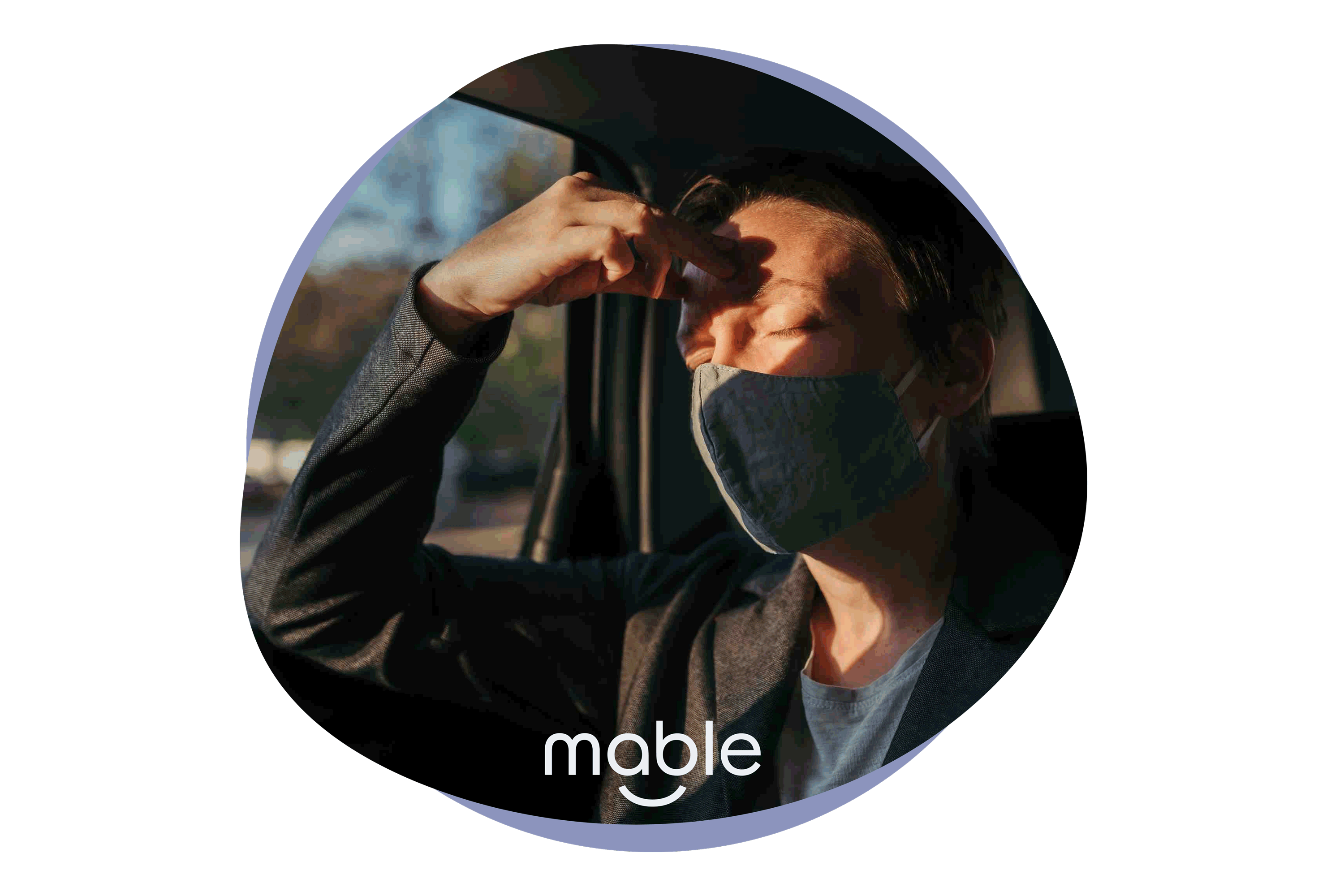 "What's the big deal? You just have a headache."

Hearing other people say this can be incredibly frustrating for anyone who lives with migraine. Migraine is a neurological condition that goes far beyond just the pain of a headache. There are different stages, which can each come with their own set of symptoms.

"Most people think of migraine as headache, yet migraine is a lot more than that," says Morris Levin, MD, a neurologist, and director of the UCSF Headache Center in San Francisco. Dr. Levin is on the Medical Board of the Mable team. It helps to know that while most people think of the attack stage when they think of migraine, there are four different stages: prodrome (also called premonitory), aura, attack, and post-drome. However, not every person with migraine will go through all the stages.

A few days before an attack, you may experience warning signs that a migraine is coming. These can last anywhere from a few hours to several days, although it's more common to stay one or two days and may be marked by unpleasant symptoms.

"The sort of symptoms that are common are all central nervous system symptoms, things like cognitive dysfunction, yawning, sleepiness, and fatigue," says Peter Goadsby, MD, PhD, DSc, professor of neurology at the David Geffen School of Medicine at UCLA in Los Angeles. It can also include mood changes, constipation, neck pain, and food cravings, such as craving sweets. People around you may notice that you're being more irritable than usual. "As the premonitory phase comes to an end, the pain kicks in—and the pain phase is the most recognized phase," says Dr. Goadsby, also a Medical Board member at Mable.

Although about 75 percent of people with migraine experience the prodrome stage, not all of them may recognize it as the beginning of a migraine, according to the American Migraine Foundation (AMF).

In a minority of people with migraine—about 25 to 30 percent, according to the AMF — there is an additional stage that precedes a migraine attack, called an aura. Doctors classify patients as having "migraine with aura" or "migraine without aura." However, most people with aura don't have it with every migraine.

Aura can be alarming because people experience sensory disturbances in it. "Aura generally lasts from five to about sixty minutes. Its neurologic dysfunction, and ninety percent of it is visual disturbance," says Goadsby. This can include seeing bright dots, zigzags, or sparks in your field of vision. It can also include not being able to speak clearly or tingling on one side of your body.

Aura tends to occur right before the pain of a migraine begins. However, it can sometimes extend into the pain period, known as a migraine attack.

The attack is the most well-known stage of migraine. This is when you experience a headache, lasting from 4 to 72 hours if it's untreated. Unlike a tension headache, which tends to be milder, the pain of a migraine ranges from moderate to severe. You will probably feel a throbbing, drilling pain on one or both sides of your head. This pain can increase with physical activity, such as if you try to exercise or move your head suddenly. While head pain is debilitating, unfortunately, it isn't the only symptom in this stage.

"Nausea is a really common symptom during an attack, and it's probably the most intrusive and disabling symptom other than the headache," Levin says. You may even experience vomiting along with nausea or experience vertigo. Other classic symptoms of a migraine attack are increased sensitivity to light, noise, and smells, which can drive you to find a quiet, dark room away from other people.

It can also be hard to engage in your everyday activities for other reasons. "People have difficulty concentrating—focusing on work, getting things done," says Levin. "And it's not just because their head's hurting; it's more than that. We really think there's a true cognitive-physiological problem."

A 2018 study published in the Journal of Headache and Pain showed that information processing speed, basic attention, memory, verbal skills, and executive functions (which include planning, organizing, and self-regulation) could all be impacted in people with migraine—although the good news is that long-term studies do not suggest a progressive cognitive decline.

After the pain of an attack, there is a final "hangover" stage of a migraine that often lasts from 24 to 48 hours. Like a hangover after drinking too much alcohol, a migraine postdrome can involve dehydration and fatigue. Your entire body may feel achy. "The person generally feels drained, washed out like their batteries are completely flat, and some of the cognitive dysfunction can lag," says Goadsby.

But there can be other symptoms that go along with postdrome as well. Many people feel depressed at this stage, although others may feel euphoric. Like the different stages, not everyone with migraine will experience the postdrome phase. They may not share it with every episode. Some people with migraine may mistakenly attribute a migraine hangover to being side effects of migraine medication they took during the attack phase.

The best way to lessen the severity of migraine or even stop them is to recognize the symptoms as early as possible and start treating them. As soon as you notice prodrome symptoms like fatigue, irritability, food cravings, mental fogginess, constipation, or neck pain, take medication to halt them as much as possible. Suppose they have not prescribed you a migraine treatment. In that case, you can use an over-the-counter medication like aspirin or ibuprofen. If they have prescribed you medication such as a triptan, ergot derivative, gepant, or ditan, take it immediately.

Stay well-hydrated throughout the stages of your migraine. As much as possible, avoid overstimulation that can aggravate your symptoms, particularly in the attack stage. Once you're in the post-drome phase, try stretching or doing light activities to help your body feel better. It's also a good idea to reduce stress as much as possible while you recover from your episode.

If you have frequent migraine, you may be a candidate for a type of medication called preventatives, designed to prevent migraine episodes.

Are you ready to take control of your migraine symptoms and reduce the severity and frequency of your episodes? To get started, fill out Mable's online quiz.

3. Mayo Clinic Health Systems, “What are the stages of a migrane?” https://www.mayoclinichealthsystem.org/hometown-health/speaking-of-health/what-are-the-stages-of-a-migraine

8. Healthline, “What Are the Stages of a Migraine Episode?” https://www.healthline.com/health/migraine-stages‍

9. Photo by Nik Shuliahin on Unsplash